Eating meat has a substantial negative effect on the environment, but you don’t have to go vegan or vegetarian to reduce your impact. Choosing more environmentally-friendly meats like chicken instead of beef, being careful where you source your food from and reducing your consumption can all make a big difference.

An unavoidable truth is that one of the best things you can do to protect the environment is to go vegetarian or vegan.

As University of Oxford researcher Joseph Poore put it, following a vegan diet is “the single biggest way to reduce your impact on planet Earth.”

By completely removing your dependence on the meat trade, you’re discouraging intensive farming of animals and dramatically lessening your environmental impact.

But I know what many of you are thinking: what if I don’t want to give up meat? Is there any way to reduce my environmental impact while still enjoying the occasional steak?

Admittedly, accomplishing this as a meat-eater is a little bit harder, but there are steps you can take to reduce the impact you’re having on the planet. This will still mean changing some of your diet, but you can still make a substantial difference if you’re dedicated to making a positive change.

But changing your whole lifestyle isn’t something you’re likely to do for no reason. People often say that reducing your meat consumption or going completely vegan is the best thing you can do to help the environment, but why is that the case?

There are many points that can be raised to explain the problem, but these nine give a good overview of the nature of the problem.

The easiest way to understand the greater environmental impact of meat is realizing that animals are fed crops which also need to be grown. Rather than eating crops, you need to grow crops to feed to animals to then eat the animals, leading to more waste over the whole process. This is the reason animal products require more water than plant-based products. Beef, for example, uses around 15,400 liters of water per kilogram of edible meat produced, pork is close to 6,000 liters/kg and chicken takes around 4,300/kg. In comparison, vegetables use about 300 liters/kg and fruits use about 1,000 liters/kg.

Although it’s for a different reason, freshwater fish farms are also significant sources of methane. These farms are the source of almost all the fish in Europe and two-thirds of it in Asia, but as excrement and unconsumed feed sink to the bottom of the pond, the oxygen levels drop dramatically and this environment is ideal for methane production. Consequently, farmed fish is about as bad as poultry and pork when it comes to greenhouse gas emissions, despite often being assumed to be environmentally friendly.

Producing 18 percent of calorie intake for the human population and about 37 percent of protein, meat manages to use up a whopping 83 percent of farmland used. In addition to this already unflattering statistic, livestock is responsible for about 58 percent of all greenhouse gas emissions from agriculture and 57 percent of all water pollution. The amount of damage to the environment is wildly out of step with the nutrition and energy we get from it.

Even if you take the positive step of moving towards more sustainable forms of meat, there is still bad news compared to being a vegetarian or vegan. The unfortunate truth is that even the most sustainable forms of livestock and dairy are still less sustainable than the worst offenders out of cereals and vegetables.

With a large proportion of farmland taken up by meat production, it also takes a big share of the blame for ongoing deforestation, which is largely caused by agriculture. Once the trees have gone, chances are they’ll never come back, but they are a vital ally in the fight against climate change because they absorb carbon dioxide from the atmosphere and only emit oxygen.

7 – Livestock Causes 14.5 Percent of All Emissions (As Much as the World’s Cars, Planes, Boats, and Trains)

The level of greenhouse gas emission from livestock is a substantial chunk of total emissions – about 14.5 percent of total man-made emissions – identifying it as one of the most important sources of greenhouse gases to reduce. The most shocking part of this fact is when you compare it to emissions from transportation, in the form of all of the world’s cars, planes, boats and trains: the meat trade is responsible for an equivalent amount of emissions to all of these combined.

While agriculture in general – including the production of plant-based foods – is a source of pollution due to fertilizers, pesticides and other factors, the fact that 30 percent of all crops are ultimately fed to livestock means that meat takes a substantial proportion of the blame. Eutrophication of water bodies, for example, results from an excess of nutrients and things like animal excrement and leftover feed. This leads to overgrowth of algae and plants, using up all of the oxygen in the region and having serious impacts on other aquatic species. Antibiotic resistance is also a serious problem, and it’s expected that the over-use of antibiotics in livestock is partially responsible for this.

The final fact is probably the most worrying of all. As more nations become wealthier, meat consumption worldwide is expected to increase. This is likely to be a substantial increase, too, estimated as a doubling of consumption in the next four decades. This means all of the problems identified above will be doubled in impact unless something drastically changes.

How to Eat Meat More Sustainably and Ethically

The facts above show that if you’re going to continue eating meat, your contribution to the issues surrounding global climate change is going to be bigger than if you become vegetarian or vegan. However, that doesn’t mean the only way to reduce your impact is to make such a drastic change in your lifestyle. You can actually make a substantial difference by just thinking about how you eat meat and your relationship with food in general. Here are five simple suggestions you can use to make a difference without waving goodbye to meat altogether.

1 – Reduce the Amount of Meat You Eat

The simplest change you can make is cutting the amount of meat you eat, even if it’s only by a small amount. There are many ways you can do this, but the more meat you cut out, the less you contribute to the global issues caused by the meat trade. You can choose a reducetarian or flexitarian diet, both of which are effectively mainly plant-based diets but ones that incorporate some meat on occasion. If you switch to only eating meat on weekends, for instance, you’ll cut your contribution to the issues by over 70 percent. Similarly, you could choose to incorporate meat into your main meal – ideally with a smaller portion than you’d usually go for – but not have any for lunch or breakfast.

However, even following a simple and minimal approach like “Meat Free Mondays” can have a significant impact, cutting your consumption by over 14 percent. Ideally, though, you can try to cut your meat consumption by about half (to about 100 grams / 3 oz per day), which can even be accomplished by reducing your portion size. You’ll never do as much as a full-time vegetarian or vegan, but you can still make a very real and positive contribution to solving the problem, all the while enjoying meat if you feel like it.

2 – Choose the Right Meats – Choose Chicken Over Beef Or Pork

When you do eat meat, the choices you make about what type of meat can make a huge difference. As pointed out above, sheep and cows contribute more to greenhouse gas emissions than other animals like chickens and pigs, so these should be avoided from an environmental perspective.

Fish is about as good as chicken, and – while regularly incorporating them into your diet won’t be easy – mussels have a carbon footprint that’s about 20 times smaller than chicken. Other good ideas from both an ethical and an environmental perspective are oysters, scallops and sea snails. Shrimp is a fine choice ethically, but crustaceans are the worst seafood from an environmental perspective.

Simply switching a beef meal for a chicken meal would lead to a 3.6-fold reduction, and you’ll see similar benefits if you incorporate any seafood (besides shrimp or lobster) as an alternative, as well as much bigger ones if you use mussels.

Animals raised on pastures generally have less environmental impact because it more closely mimics what happens in nature. They’re allowed to forage naturally, reducing the wasteful dependence on high-energy grains or other agricultural crops, and they fertilize the soil with their manure, maintaining the natural ecosystem. They’re also unlikely to be treated with antibiotics, and the animals also experience less stress. So pasture-raised meat is the best choice when it comes to the environment, but also offers benefits when it comes to animal welfare, provided you take the time to choose a supplier that treats its livestock well.

Even if you can’t find pasture-raised meat, you can drastically reduce the environmental impact of your meat-eating by choosing meat from farms that grass-feed their livestock or allow them to eat grass. For cows in particular, feeding them grains is a very inefficient approach: they don’t absorb most of the nutrients in the grains, and it may have to be shipped a long distance to the farm. Choosing meat either fed on locally-produced crops or grass-fed is the best approach for the environment.

Although we have an entire post on this issue, it’s worth mentioning that one of the best things you can do to ensure your diet is more sustainable is to substantially reduce your waste. Presently, a third of all food produced ends up on landfills, costing the average family over $2,000 and producing a massive 4.4 million tons of CO2 equivalent per year. Essentially, producing the food has the same impacts on the environment, but the food is then thrown away without providing nutrition or energy to your family and ends up rotting on a landfill and producing methane.

Some simple tips for reducing food waste include planning your meals in advance before going to the store (to prevent over-shopping), learning how to correctly store your fruits, vegetables and meats, trusting your senses rather than printed use-by dates, moderating your portions and taking steps to use up any leftovers. If you’re eating meat, reducing your food waste is more important than for vegetarians or vegans, because meat takes so much more water and energy to produce, and releases more CO2.

You Can Help the Environment Without Going Vegan

Going vegan isn’t the only way to help the environment. While it’s undeniable that this is a very positive step you can take, the very real problem of climate change requires us to be a bit more pragmatic. If you still want to enjoy meat, you don’t need to feel guilty about it. But if you also care about the environment, following the advice in this post is absolutely essential to reducing the impact your diet has on the planet. The more you do, the better, but doing something is substantially better than doing nothing.

1 thought on “An Ethical & Sustainable Guide to Eating Meat: 9 Tips” 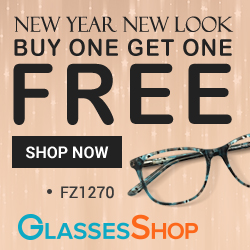 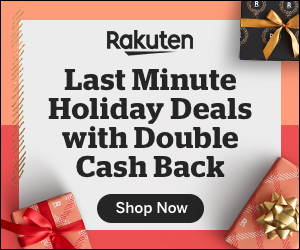 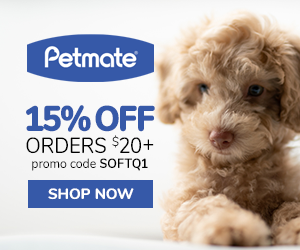