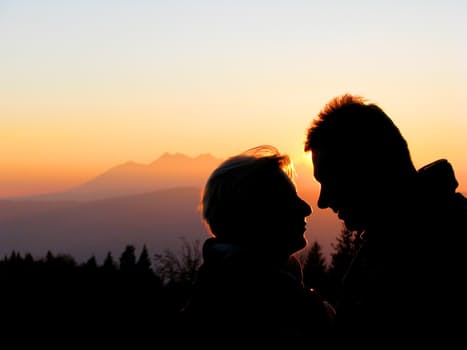 When it comes to international dating, many couples face one common problem – cultural differences. It’s obvious that we are influenced by the environment in which we grow up and it shapes our world outlook and forms certain habits. Every country has its own culture and traditions and if you want to understand your partner better, you should learn more about the cultural environment they come from. Ukraine has a long history throughout which various traditions and customs have been generated. Ukrainians cherish their heritage and keep many old traditions even in the 21st century. Most of them are closely connected with Christian religious holidays. Apart from being loyal to their traditions, Ukrainians are also very superstitious. They watch out for different omens and immediately react to them with special rituals. There are many things they try to avoid in order not to attract bad luck. A separate category of superstitions is made up of beliefs related to dating and relationships. Being aware of them, you’ll avoid awkward situations when dealing with Ukrainian women and will know how to react to their strange behavior.

A bunch of flowers is a universal gift that is appropriate for almost every occasion. Flowers are an integral attribute of dating and courting. There are several flower-related superstitions you should keep in mind.

There some gifts that shouldn’t be given to the ones you love. Among them are watches, empty wallets, and knives. As to the latter, you can give the knives but the presentee should give you some coins for it as if buying, not receiving it from you. The same ritual should be done when giving an animal as a present

A lot of superstitions are connected with the most important day of all romantic couples – the day when they officially become a husband and a wife. It’s a bad sign if either a bride or a groom looks back on their way to the church. If they are going there by car, they should look at the road through the windshield without turning their heads back no matter what’s happening. Looking back acquires here a symbolic meaning that can be interpreted in the following way – you look back at your past because you can’t say goodbye to it. Your wedding is a kind of transition from one stage of your life to a brand new one. You should look only ahead, both literally and figuratively. So, looking back is an ill omen that betokens unhappy marriage.

Ukrainians view the wedding ring as the symbol of eternal love and loyalty. According to another popular superstition, you can’t take off your wedding ring if somebody asks you to have a closer look at it. While this request will not make Western people hesitate, for superstitious Ukrainians it’s a taboo. When you pass your ring to another person you as if pass your matrimonial blessing to them. It’s an absolute no-no to allow another person to try your ring on. If you asked to show your ring, show it without taking it off. Ukrainians wear their wedding rings on the right hand.

Sitting at the Table Corner

Unmarried girls are warned against sitting at the corner of the table during some festivities. The superstition has it that the girl will not get married within seven years. That is why when a lot of people gather at the table to celebrate something and the table is not round, then already married people should sit at its corners.

Treading on Other Person’s Toe

If one person accidentally steps on the other person’s toe and that person steps in return, don’t think this is tit for tat. This is how Ukrainians prevent a future quarrel that this accidental treading might foreshadow.